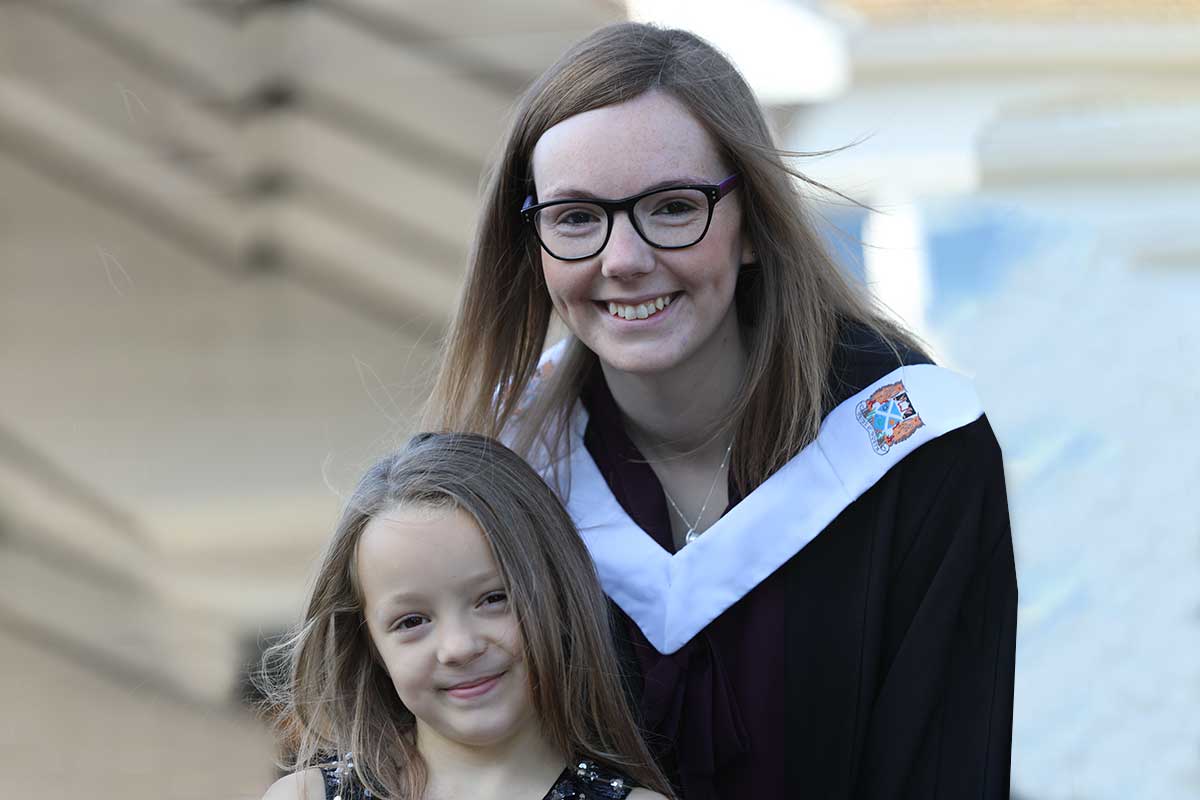 “I’m really glad I did the 2 years first at College as I definitely feel better prepared.”

Collecting her HND in Applied Sciences at the NESCol Graduation Ceremony was a proud day for Sara Laverton and her family after her daughter inspired her to pursue a career in the area.

Sara (29) attended the city’s Northfield Academy and trained as a dental nurse after leaving school. It was during this time that Sara became pregnant and she qualified when her daughter Alexis was just nine months old.

Not particularly challenged by her choice of career, Sara decided to return to College to study her Highers but it was a life changing event that motivated her to continue studying and apply for the HND in Applied Sciences. Sara’s daughter Alexis was diagnosed with Type 1 diabetes when she was just four years old. After coming to terms with her daughter’s diagnosis, Sara decided she wanted to study science and go into medical research.

One of Sara’s highlights during her HND was the graded unit which she received an A for and which she focused on diabetes related research for obvious reasons. She enjoyed her time at NESCol and felt she gained a lot, both in terms of knowledge and self-confidence.

Thanks to her HND, Sara has been able to progress directly into year 3 of a BSc in Biomedical Science at The Robert Gordon University. Sara said, “I’m enjoying RGU so far. There’s a lot of laboratory-based work coming up and because we got lots of lab experience at NESCol, I feel less worried about it. I’m really glad I did the 2 years first at College as I definitely feel better prepared.”

Sara hopes to go into medical research when she has completed her studies, potentially into Type 1 Diabetes.