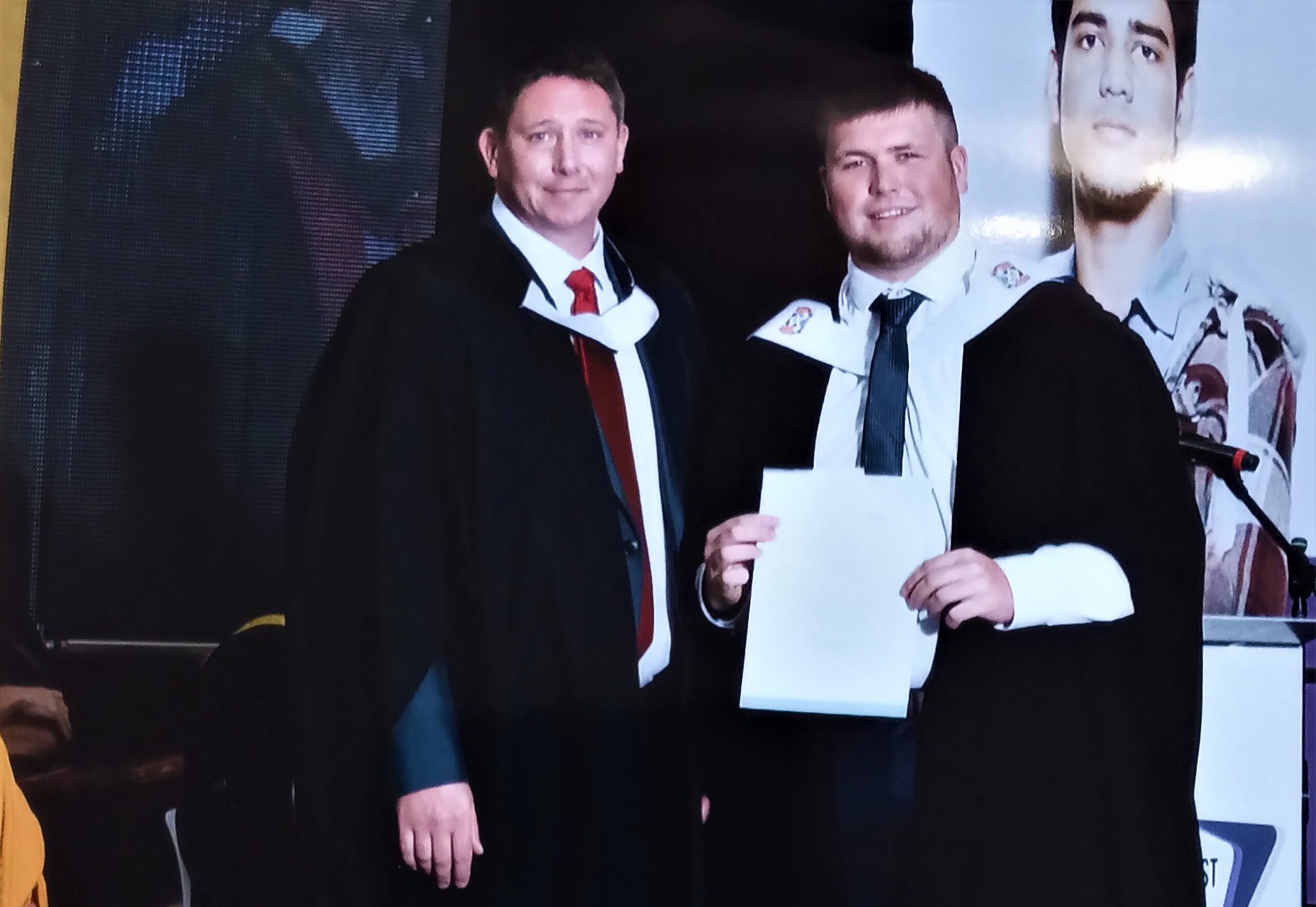 Mechanical Engineering award is a graduation highlight for talented technician

Seven years of dedication have been rewarded with a special award for NESCol graduate Liam Joss.

The 24-year-old took his place on stage at the Fraserburgh Campus graduation ceremony on 24 September as he marked the completion of his HND in Mechanical Engineering.

Liam was also honoured with a special award to recognise outstanding achievements during his studies. The award was sponsored by his employer Score Group and presented by Trevor Fleming, Operations Manager (Scotland), on behalf of the company.

In being nominated for the award, course leaders noted his ‘conscientious and tenacious’ approach to learning and a willingness to share practical experience in the workplace to help and support his fellow classmates.

For the former Banff Academy pupil the ceremony capped a rewarding College experience.

Liam, who now lives in Peterhead where he works as a maintenance technician with Score, said: “I didn’t do as well at school as I could have done, it always felt as though I was there because I had to be rather than because I wanted to be.

“When I was accepted for my apprenticeship with Score I knew it was something I had to make the most of and I have really enjoyed that mix of hands on experience and studying at College on a day release basis.

“I began with my NC in 2015, when I was 17, and have gone on to complete my HNC and now my HND as well as other qualifications through my work.

“The support of my family and encouragement from my colleagues has been a big part of everything I’ve achieved so far. That has been so important for me and I’m really grateful to everyone who has helped me.”

Liam relishes the variety he has in his job and is looking forward to continuing his career development.

He said: “I work in a small team, looking after a fleet of equipment and joint integrity containers for offshore scopes. We work on lots of different types of equipment and there is always a quick turnaround. That variety keeps it interesting.

“When I left school I would never have expected to be going on to another seven years of training, but I’ve really enjoyed it. To receive the Mechanical Engineering award at the graduation ceremony was a nice surprise and a great way to end my time at NESCol.” 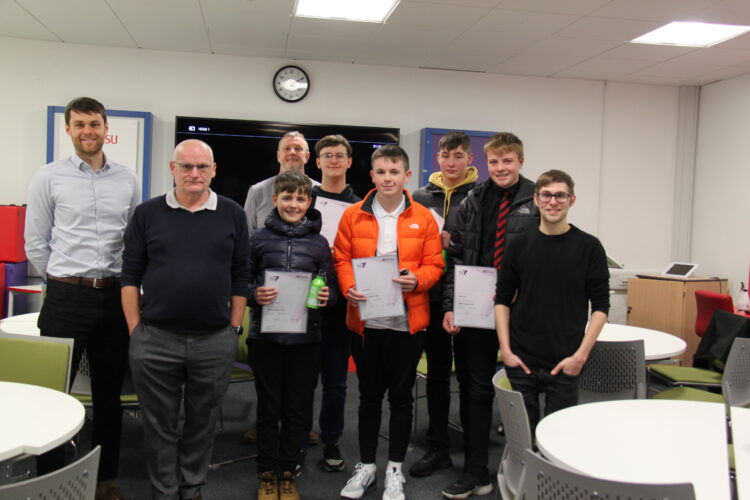 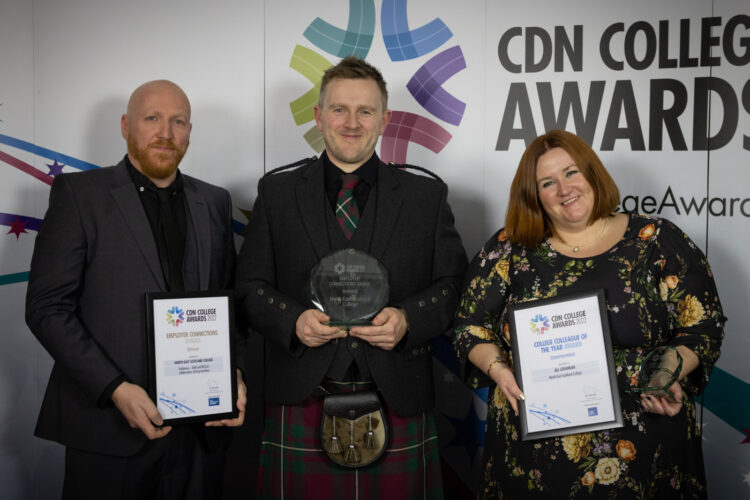 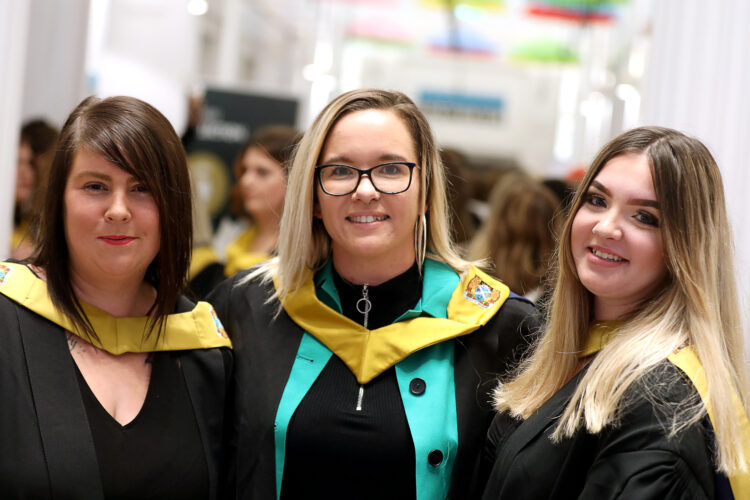 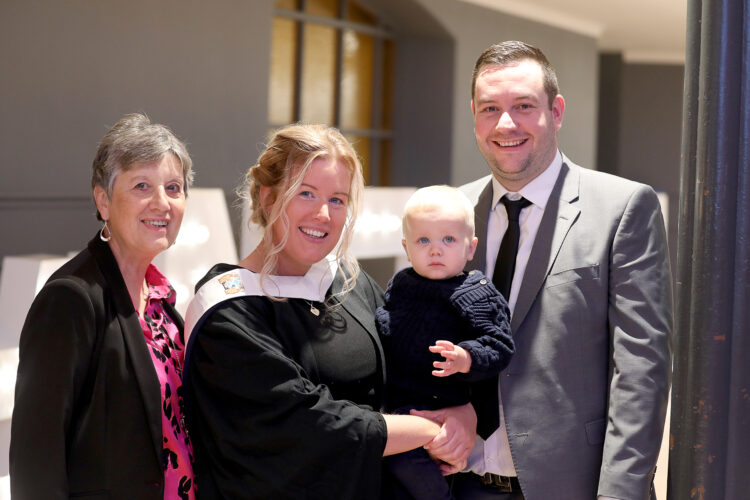 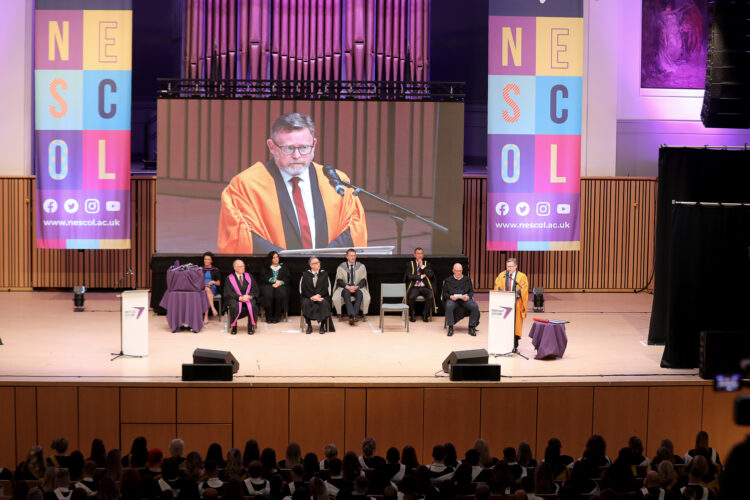 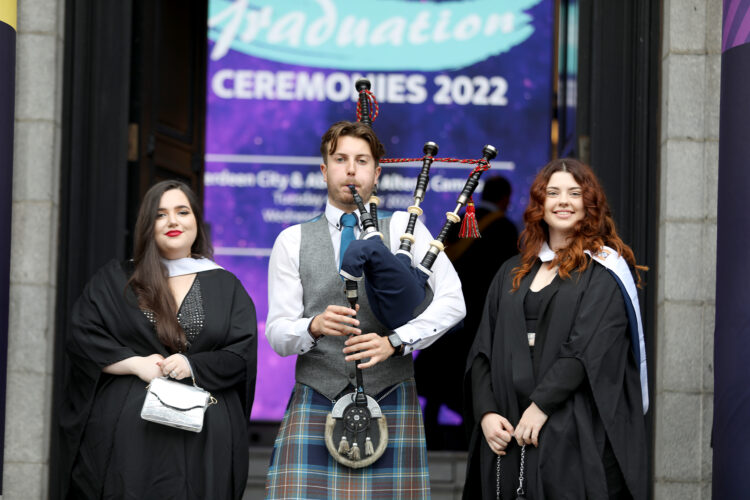 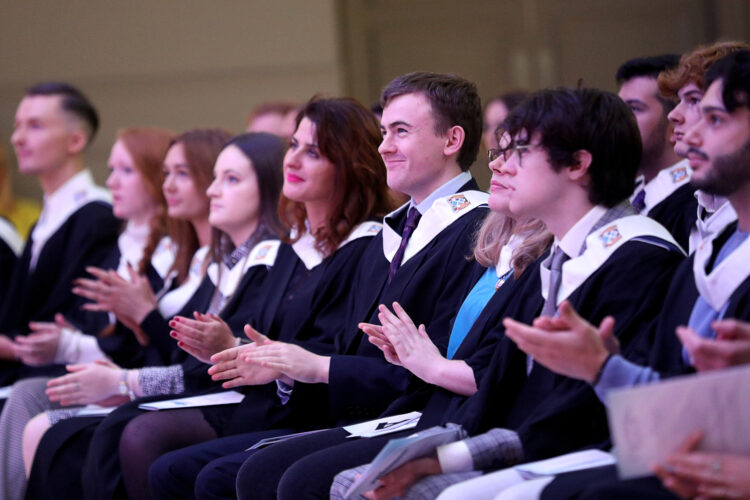