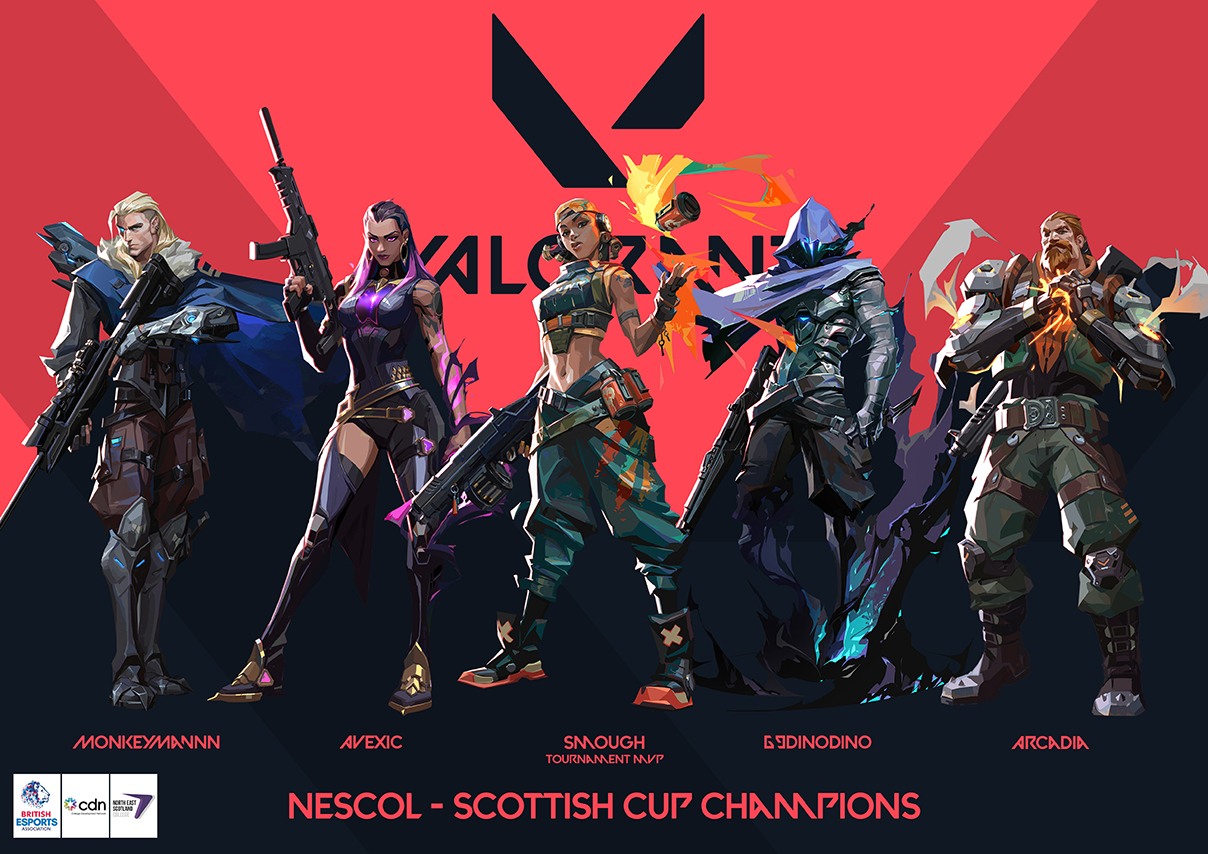 The tournament saw twelve teams from Colleges across Scotland compete for two weeks – facing off against each other in games of Valorant. Valorant is a first-person shooting game in which teams of five go head-to-head, tactically attacking their competitors and defending their teammates.

Over the weekend of 1 and 2 May, the final three rounds of the tournament were streamed via the British Esports Association’s Twitch channel to an audience of 180,000 viewers across the two days.

Computing Lecturer and team coach Zack Anderson said, “This was a great event hosted by the College Development network and we were grateful for the invite. Being involved in a British Esports Association production is quite an accomplishment for our first appearance in an Esports tournament.”

NESCol’s team successfully won every match in their ballot, which consisted of teams from Colleges from the East of Scotland. In the final, their competitors were the team from New College Lanarkshire, who had the same track record against teams from colleges from the West of Scotland. It was a tightly fought final game, but the NESCol students eventually triumphed with a score of 13-10.

Zack continues, “Our team showed domination throughout the competition and that can only be attributed to the hard work of the individuals within the team – they worked hard on top of their studies and now they can relax going into the summer as champions of Scotland.

“This is a great achievement for the Interactive Computing team as it will give us real experiences that we can integrate into our Game Development with Esport programmes.  It is also an incredible achievement for the college as a whole, providing incredible exposure with 180,000 people watching the tournament live on Twitch.”

“We hope to build on this success going forward, we will be extending invites to students from all corners of the college to participate in our upcoming eSports events in both Valorant and Rocket League.”

Congratulations to the team – and stay tuned for more information about the next tournament in November.