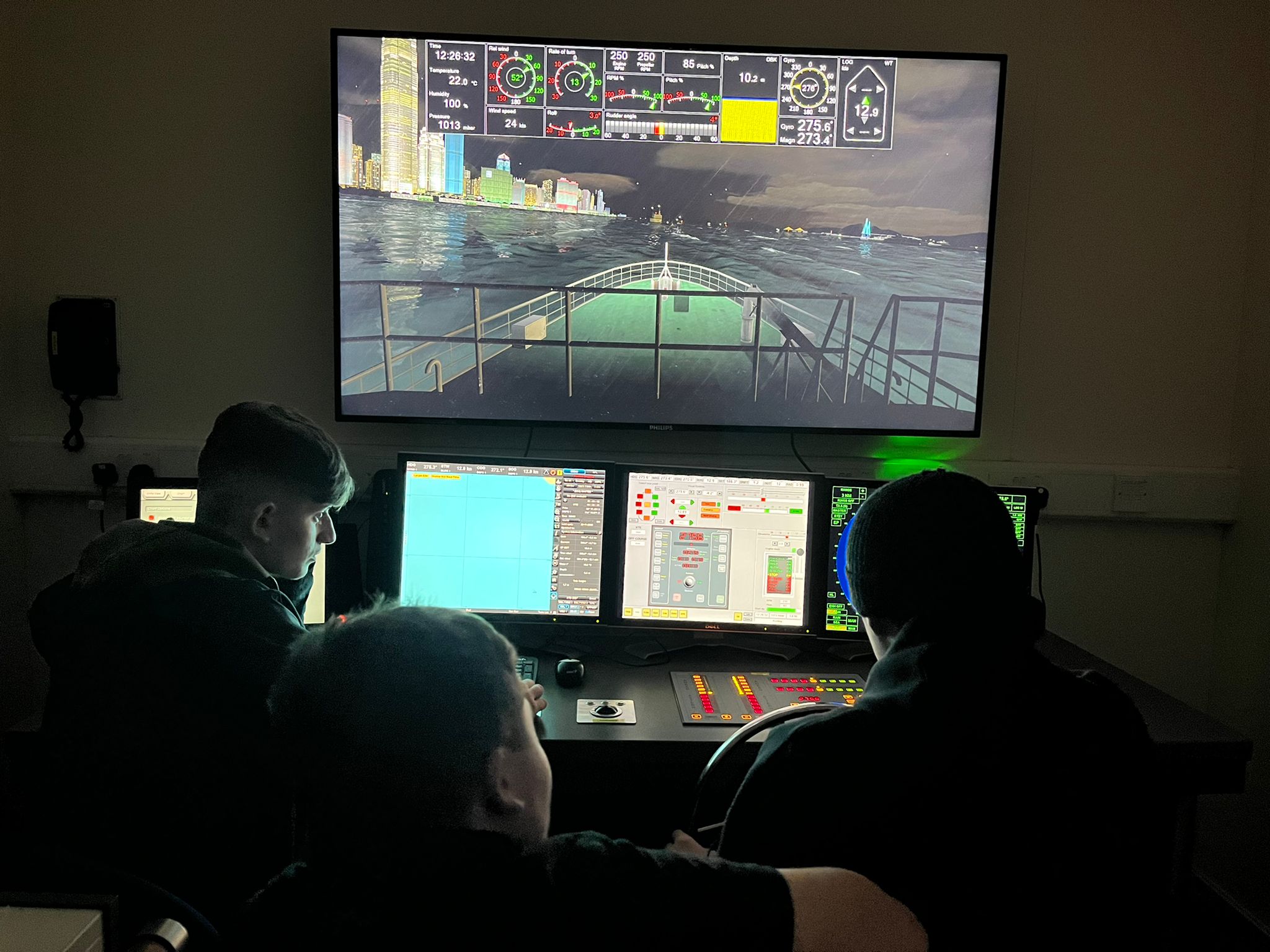 The Scottish Maritime Academy (SMA) has played host to a number of pupils from across Aberdeenshire as part of a project that aims to create a strong relationship between the seafood industry and schools in Scotland.

‘Schools: Sea to Plate’ is a pilot project being run but the Scottish Seafood Association (SSA). It aims to introduce young people to the seafood industry and its supporting sectors.

During their visit to the SMA, pupils were able to tour the facilities, and took part in a simulator session which provided them with exposure to navigation at sea.

The SMA is just one venue in a host of exciting locations that pupils who are participating in the project will visit. They will get first-hand experience of a fishing vessel, the fish market auction, and fish and shellfish processing units among others.

The SMA is looking forward to supporting the project as it contnues to grow.