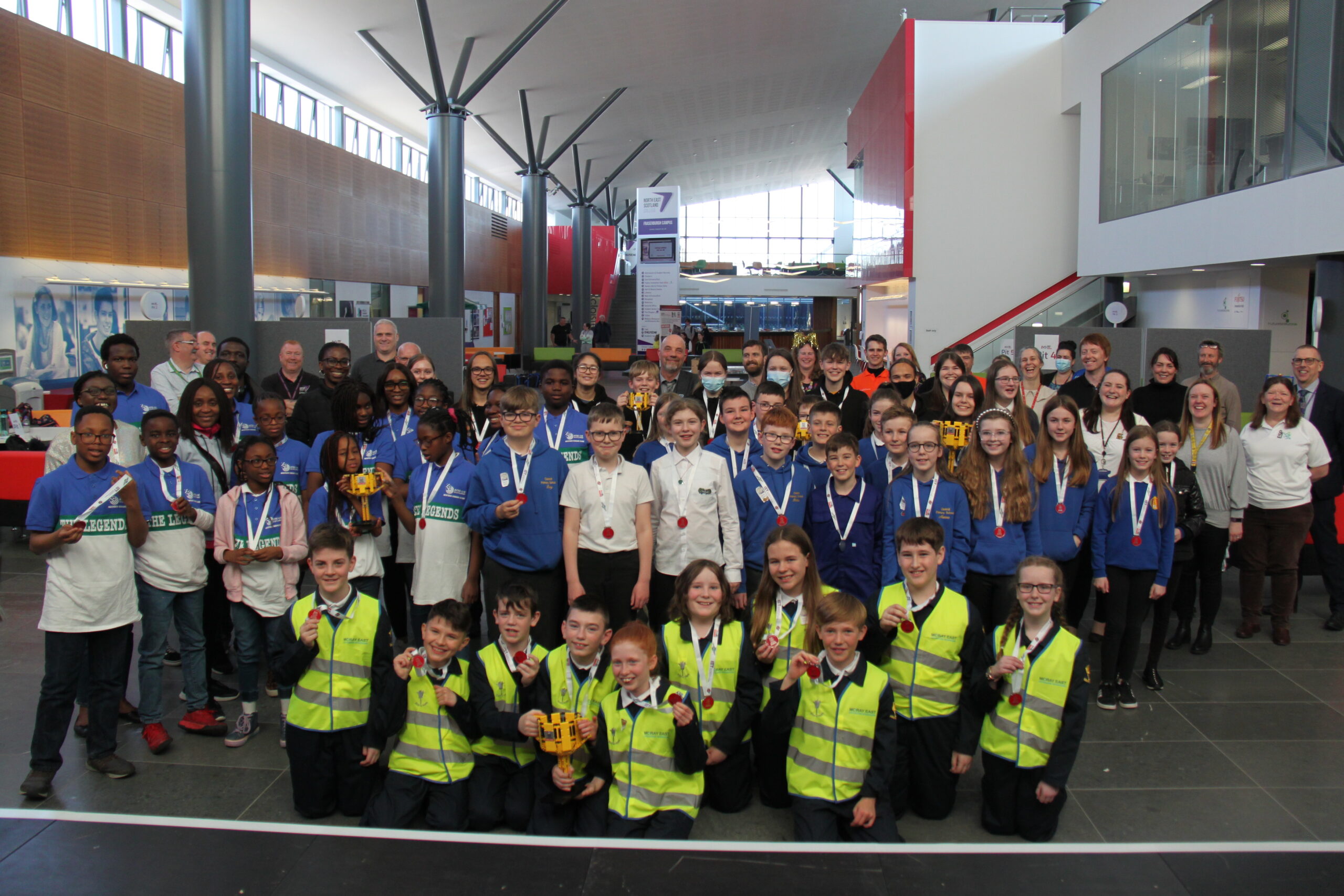 Teams were challenged to design, build and program an autonomous LEGO® robot to undertake a robot challenge on the Cargo Connect theme. They also had to  present an innovation project and their robot design work to a panel of judges.

Associate Vice Principal Alesia du Plessis said: “NESCol recognises the importance of STEM (Science, Technology, Engineering and Mathematics) to economic prosperity and is dedicated to promoting opportunities for learning and inspiration in these subjects. First Lego League offers young people the opportunity to develop a range of STEM skills in a fun, contextual and engaging way.

“The teamwork and inventiveness displayed by the participating teams was impressive and we wish our teams the best of luck in the national final. It has been great fun and a privilege to host this heat here at NESCol. Thanks to all partners and sponsors who make this challenge possible and of course to our volunteers here in the North East.”

FIRST® LEGO® League is a global STEM (science, technology, engineering and maths) challenge for teams of 9-16 year olds, and aims to encourage an interest in real world themes and develop key skills that are crucial for their future careers. At the heart of the competition are the core values of Discovery, Impact, Inclusion, Teamwork and Fun.