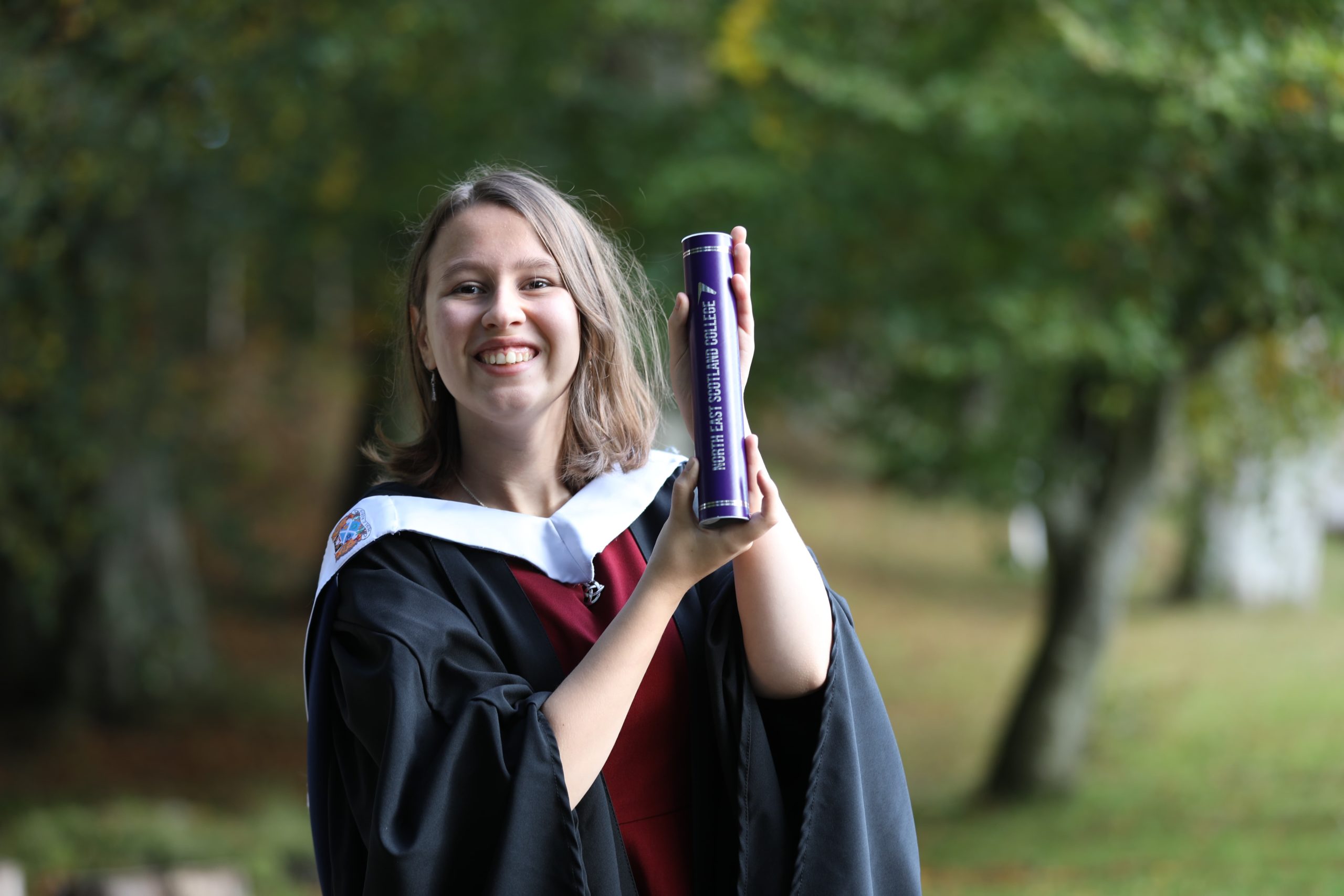 “I have grown as a person. I loved my time at NESCol, being around like-minded people, collaborating with them and focusing on my passion.”

Alix Jamieson (20) has used her passion for film which began as a child and has grown with her, to be the main feature of her future career. Alix has always wanted to be a film writer and director and took to filming her own home movies as a child, parodying films she had watched.

After leaving Harlaw Academy, the HND Creative Industries: TV course at NESCol was a natural choice for Alix and afforded her many opportunities. One of the highlights of her time at College was winning ‘Best Director’ at the annual TV student showcase, hosted by the Belmont cinema each year, for her short film, ‘The Beast of Buchan’.

As part of their HND, students write, edit, script and film a short film and Alix chose to focus hers on a ten minute ‘mockumentary’ based on the Beast of Buchan, a phantom cat which prowls the north-east countryside, a mainstay in Aberdeenshire folklore since the 1930s.

Alix said, “At school I was always quite an anxious person but, after studying film, something that I have always loved, I have grown as a person. I loved my time at NESCol, being around like minded people, collaborating with them and focusing on my passion. “

She continued, “NESCol was also fantastic for networking and building up industry connections. Through my lecturer I found out about an opportunity to work as a Location Assistant on the set of the film ‘Marionette’ which was being filmed in Aberdeen. It was a lot of fun and an experience I learned a lot from. I got to meet the actor and filmmaker Peter Mullan who was just lovely”

Aspiring film-maker Alix has used her HND to progress to Queen Margaret University in Edinburgh where she is now studying a BA Hons in Theatre & Film and has also joined the university’s Film Society. Alix is enthused about her next steps in production and performance and said, “I’m excited to get the chance to produce films that mirror real life and perhaps explore things I am passionate about, such as wildlife conservation and telling people’s stories.