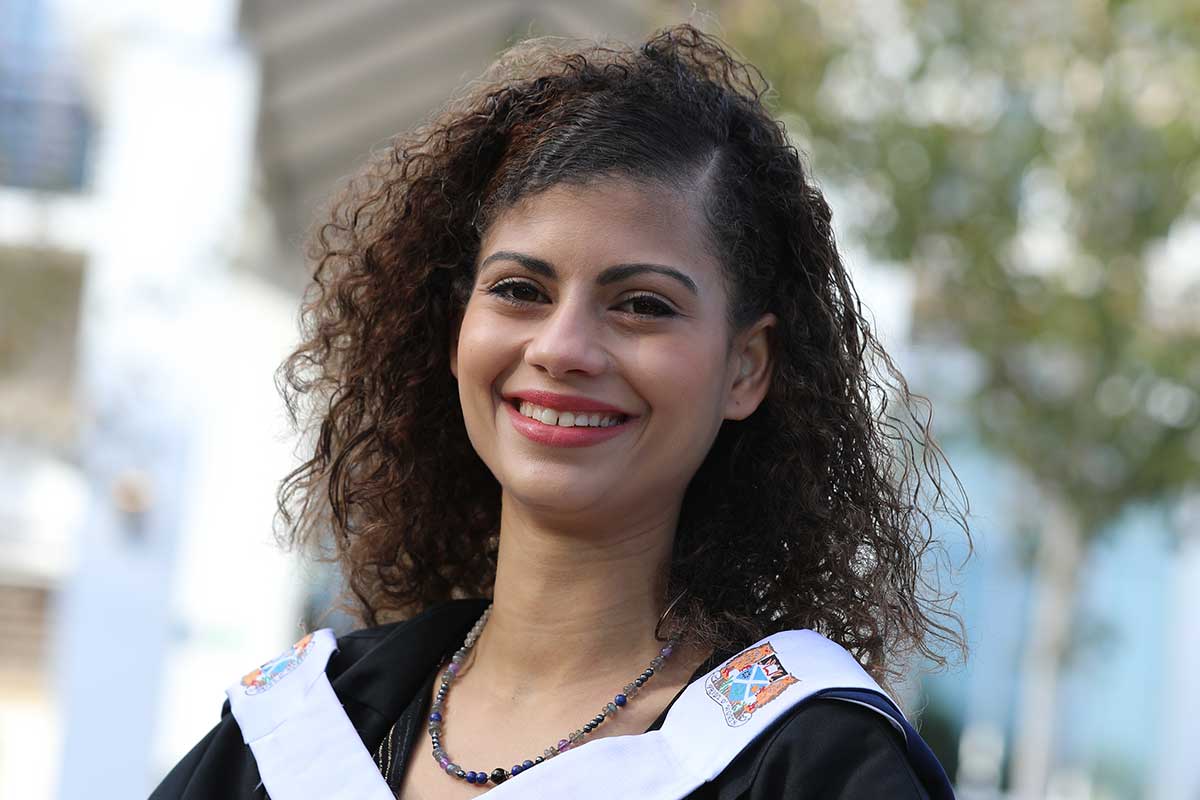 “I really enjoyed my time at NESCol. It really made me focus my sights on a career path in screen acting and I am confident that the skills I have developed at college have given me a great start.”

Having grown up in France, Dany (27) originally came to North East Scotland College to study English. The former champion ice skater needed to find a new career path when she hung up her skates. Having always been creative, Dany realised that what she had enjoyed most about skating was being able to portray a character through her performances. This led her to consider a career in acting.

Dany completed a fashion course in her native France before moving to Scotland a few years later to complete an ESOL (English for Speakers of Other Languages) course. Dany then continued her studies at NESCol by progressing to an NC in Acting and Theatre Performance then HND Acting and Performance. She said, “The drama courses at NESCol are very industry-focussed and I’m really enjoying building on the skills I developed through skating – including team-working, focus, commitment and artistic interpretation. We have also had the opportunity to try out both stage and screen performing which has made me realise that acting for screen is something that I wish to pursue after college.”

Not long after finishing her course, Dany went to a workshop in Glasgow designed to help recent graduates practice their audition techniques. She said, “I wanted to get as much practice as I could because it can only help me improve”. Dany impressed the facilitator so much that she found herself being recommended to an agent in Glasgow with whom she is now signed. She said, “I really can’t believe how quickly it all happened! I had been set on moving to London to study acting for screen next year but now I have an agent and I’m registered on Spotlight! I’m so excited to see where it leads me!”

She said, “I really enjoyed my time at NESCol. It really made me focus my sights on a career path in screen acting and I am confident that the skills I have developed at college have given me a great start. I found out about the summer workshop through one of my lecturers so I can’t thank them enough!”