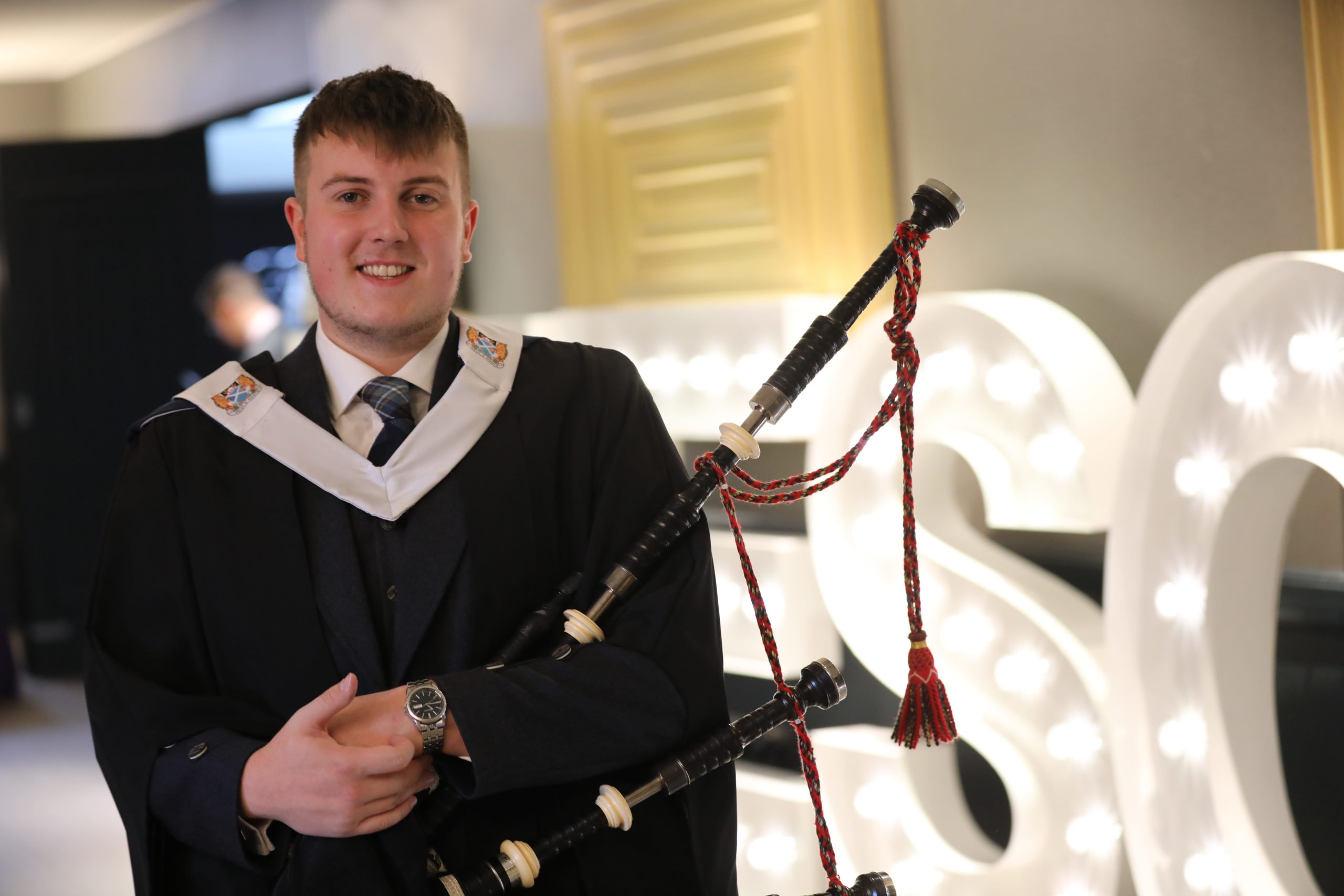 “I would encourage anyone who feels they have outgrown school to apply for NESCol. If you feel too mature for a school environment but perhaps too young for university, give yourself the experience of further education.”

Former Bucksburn Academy pupil Euan Doyle, (19) came to College after fifth year as he felt he had matured beyond the school environment. Having been an active member of the school’s music department and achieving A’s in his National 5 and Higher Music exams, the course at the College’s city campus was a natural choice.

Euan has a huge amount of experience playing in bands, including the Bucksburn Academy Steel Pan Orchestra, the Bucksburn and District Pipe Band and the Bucksburn Ukulele Orchestra. He has enjoyed some stand-out experiences, including being part of the ‘Riding’ procession down the Royal Mile in Edinburgh at an opening of the Scottish Parliament and travelling to London to learn some tricks of the trade from the Reading All Steel Percussion Orchestra.

On top of his extensive involvement with bands and orchestras, Euan has been playing the bagpipes professionally since he was thirteen and thought that in addition to developing his knowledge, coming to College could help him grow his piping business, Euan Doyle Bagpiping.

Euan said, “I think it would be fair to say that over the last two years I have gained knowledge not just about different aspects of music but about different people – their nationalities, cultures and personalities! NESCol is a great place to socialise and also really good for gaining important contacts that you can use in the future.”

“As for developing my piping business, the whole of my second year graded unit project was focused on expanding and marketing it. As part of the unit I created a new website for myself and even started offering private tuition which landed me a part-time job. Having my HND in Music is brilliant for backing up my business credentials. Attending this year’s NESCol graduation will be very different for me as I was there last year piping the platform party and graduands into the ceremony!”

Euan has now progressed to university and has decided to pursue a different direction, studying for a BSc in Cyber Security at RGU. He said “It just goes to show that you don’t need to follow one path and define your life as soon as you leave school. It’s possible to achieve multiple qualifications which count towards various aspects of your life. I would encourage anyone who feels they have outgrown school to apply for NESCol. If you feel too mature for a school environment but perhaps too young for university, give yourself the experience of further education.”