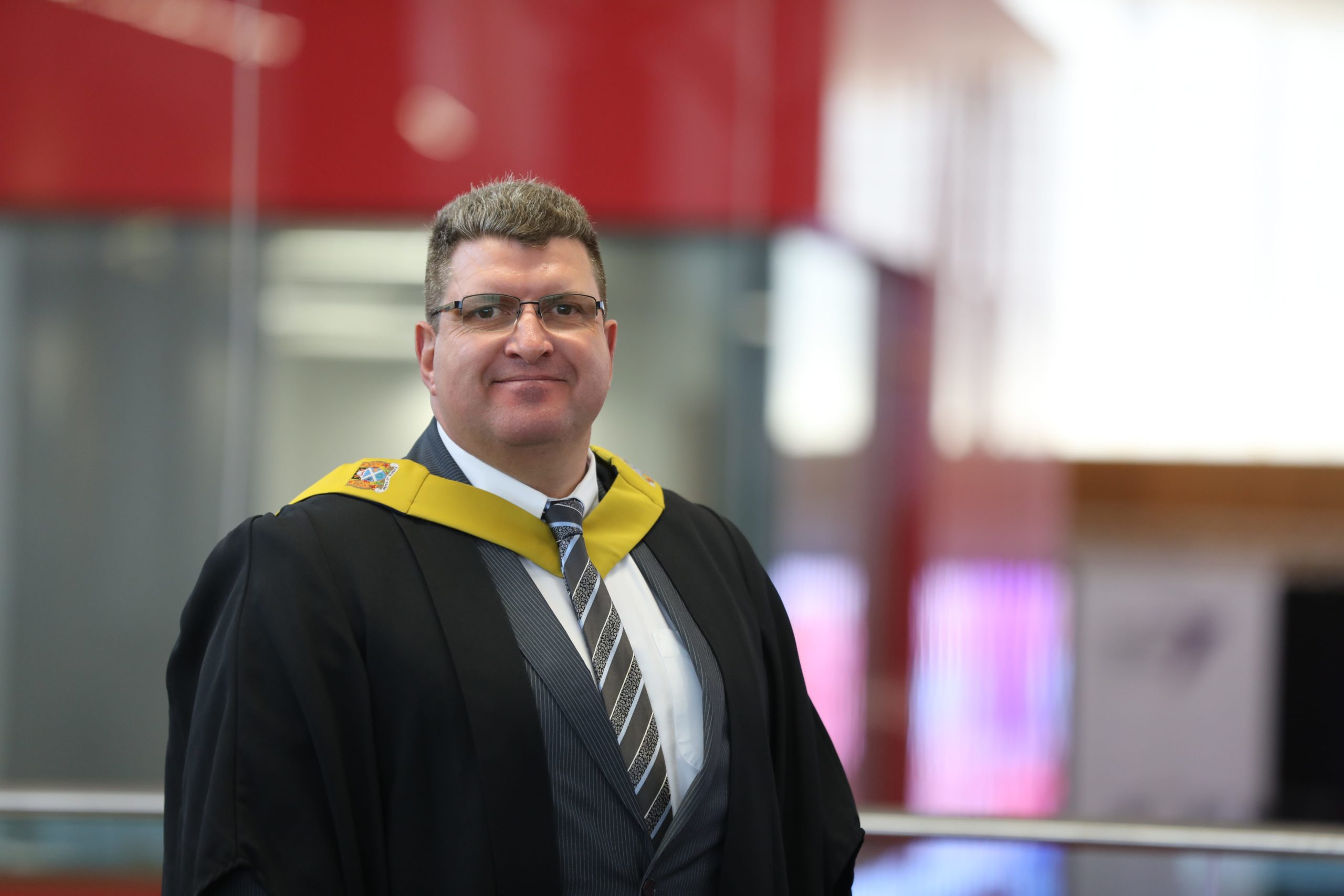 “I would absolutely recommend studying at the SMA.  The staff and lecturers are always approachable and helpful even when they are very busy juggling tight schedules. My blended learning co-ordinator deserves an award herself for her dedication to monitoring and co-ordinating my study program!”

Simon Allen (49) who lives in Turriff was presented with a prestigious award at North East Scotland College’s Fraserburgh Campus Graduation Ceremony.  He also received a certificate to celebrate the completion of an HNC in Nautical Science which he studied through the Scottish Maritime Academy, the College’s base in Peterhead.

An HNC is just one of many courses that Simon has completed through the SMA on a blended learning basis.  This meant he was able to combine studying at home or work along with spending some time in the classroom.

He said, “I’m surprised, honoured and humbled to win the SQA Award.  The very first module I studied on the course was nautical maths and science which I struggled with because when I went to school we learned sine, cosine, tangent and logarithms from books.  Once I mastered how to use a scientific calculator, things were much better!”

Now working in coastal towage as the Master of a 26-metre tugboat, Simon is not finished with his studies just yet.  He is preparing to complete some more exams to gain his Officer of the Watch Unlimited Certificate of Competence.  He said, “This is the first rung on the Maritime and Coastguard Agency certificate career ladder which I plan to work my way up.”