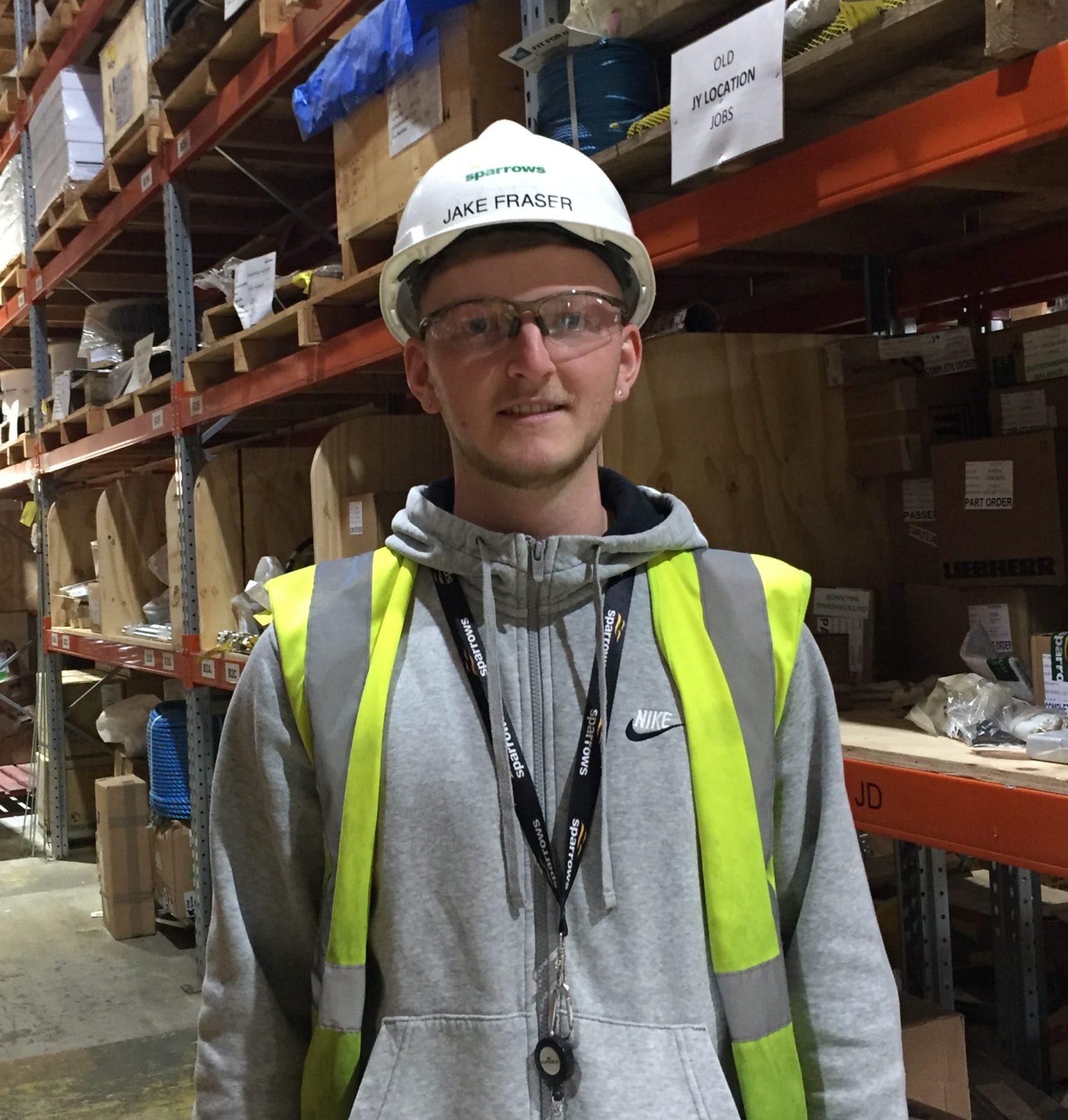 “I would definitely recommend the apprenticeship to others as it’s helped me gain a lot of knowledge across the warehouse and company as a whole.”

Jake is a Warehouse Operative at Sparrows Group. He completed his apprenticeship in Warehousing, Storage and Distribution during the pandemic. He was based in the workplace throughout and the majority of his assessor meetings were virtual.

Despite the challenges of staff shortages, furloughed colleagues and a busy workload Jake achieved his own personal goals in communication, time management and IT literacy skills. He completed a manual handling course and achieved his forklift licence which were components of his course modules as well as other in-house courses available to him at Sparrows Group.

Jake said, “During my apprenticeship the main parts I enjoyed most was the variety of tasks I had to perform to get my work complete. This allowed me to learn my roles and responsibilities in much more detail than I probably would have without the college work.”

He now plans to use this as a stepping stone to further personal and career development within Sparrows.

Lisa Irvine, Competence and Development Co-ordinator at Sparrows Group said, “Working to a recognised Modern Apprenticeship framework has allowed Jake to document and demonstrate his learning on a daily basis. It has helped Jake reflect on the tasks he does and why he does them, allowing him to develop skills from scratch as well as installing good habits he can take forward throughout his career.

“Sparrows is keen to support Jake to progress with his long term goals, as this can only be of benefit to both him and the organisation. Sparrows hope to utilise and support Apprenticeships such as this one to develop both new and existing employees in the future.”