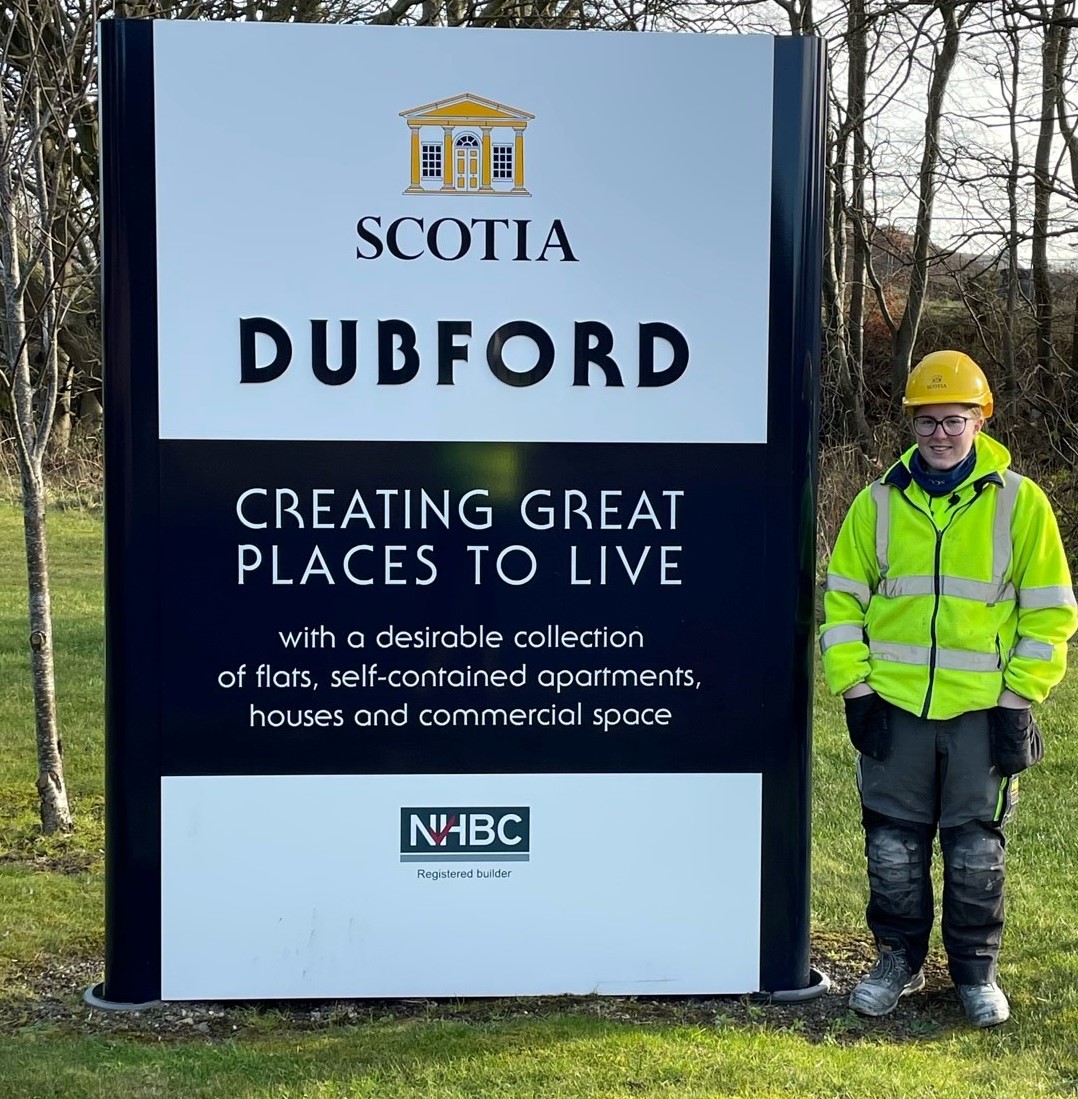 “I like the fact that with an apprenticeship you are learning from those around you. The best thing for me is working with these experienced joiners and picking up hints and tips. In my field everyone has their own way of doing things – but they get the same result.”

Katie Cruickshank knew that she wanted a career in Carpentry and Joinery when she discovered woodworking at school.

“That’s when it clicked that this was the path I wanted to follow”, said Katie. “I really liked building things when I was younger – if I could try and build something I would! I learn by doing things and watching others rather than being in a classroom so an apprenticeship was a logical route for me.”

Katie attended a College open day and employers fair where she spoke to Scotia Homes and the CITB on available apprenticeships.

“I think the application process involved two interviews with a maths test. There was a lot of talking and getting to know each other and I got shown a show house as well, from start to finish, which was really helpful.”

Katie began her apprenticeship with Scotia Homes and attended College on a block release basis – comprising of 18 weeks in the first year, 12 weeks in the second and one week in year 3 and 4. Katie found the spilt of work and college based learning ideal for her as it was in “manageable chunks.” She was able to apply the new skills and knowledge to the workplace and relate the hands-on experience from the workplace to her College studies.

Katie opted for an additional course in Year 3 – the Advanced Craft certificate.

She said “I found this really helpful as it focused on the fiddly, skill-based bits of joinery such as curved doors. When I’m on site the work is fast paced so it was great to take time out to increase my knowledge.”

Of all the stages of a house build Katie enjoys the finishing’s side the most and she feels lucky that Scotia try and accommodate this when planning her work adding to her enjoyment of her job. Katie will complete her apprenticeship soon.