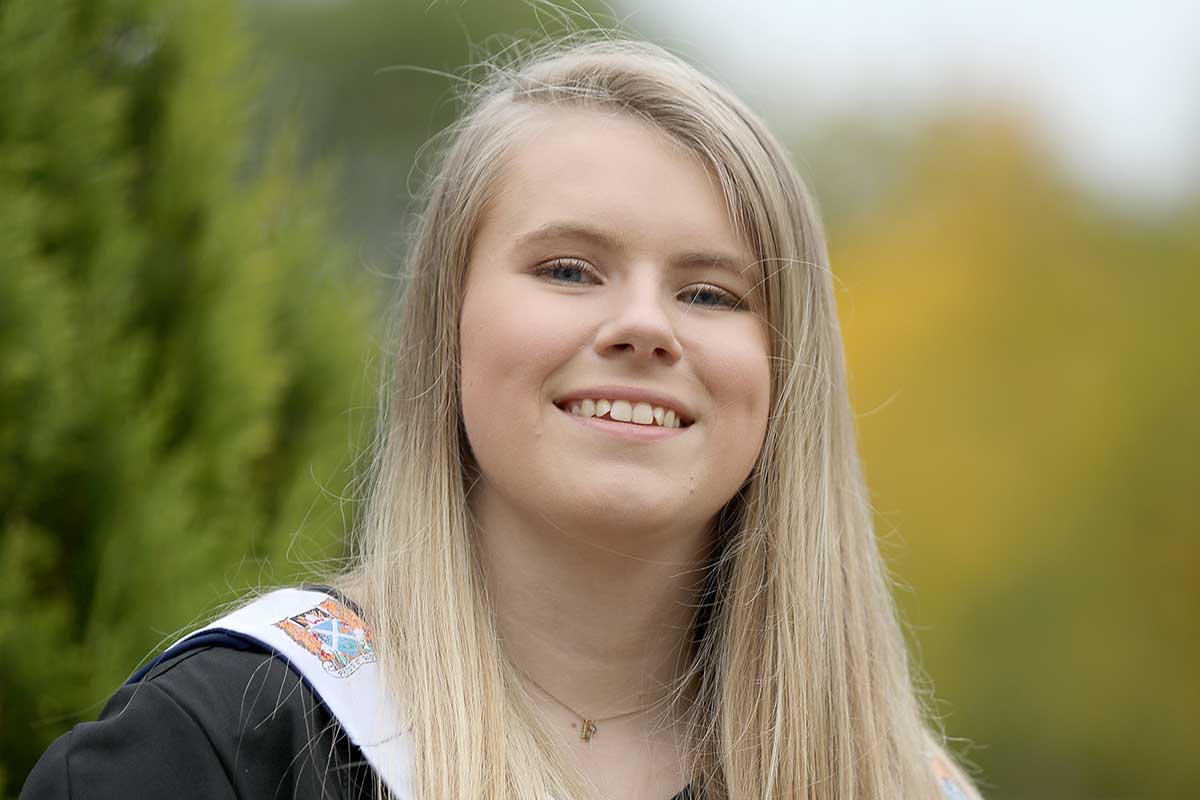 “College really helped me bridge the gap between being in relatively small classes at school and being in huge lectures at university.”

Nicole Faulkner (20) fell ill with glandular fever during her final year at Albyn School and spent some time in hospital as a result. She found herself being discharged just one day before her Higher English exam and, as a result, just missed the conditions of an offer she had received to study BA (Hons) Law and Management at Robert Gordon University.

She had to come up with a new plan and quickly discovered that North East Scotland College offered a 2+2 option through DegreeLink. This meant that she could study HND Legal Services at college for two years and then join third year of the degree at RGU meaning that she would graduate at the same time she would have done if she had gone straight to university.

During her two years at NESCol, Nicole’s future plans changed and she set her sights on going to the University of Aberdeen to study an LLB in Scottish and English Law. After working hard throughout the course, receiving A grades for all three of her graded units, Nicole has now taken a step closer to her dream job by starting her studies at Aberdeen University.

She said, “I’m so glad I took the pathway I did. I would totally recommend going to college to others who are keen to study Law at university. It really helped me bridge the gap between being in relatively small classes at school and being in huge lectures at university!”