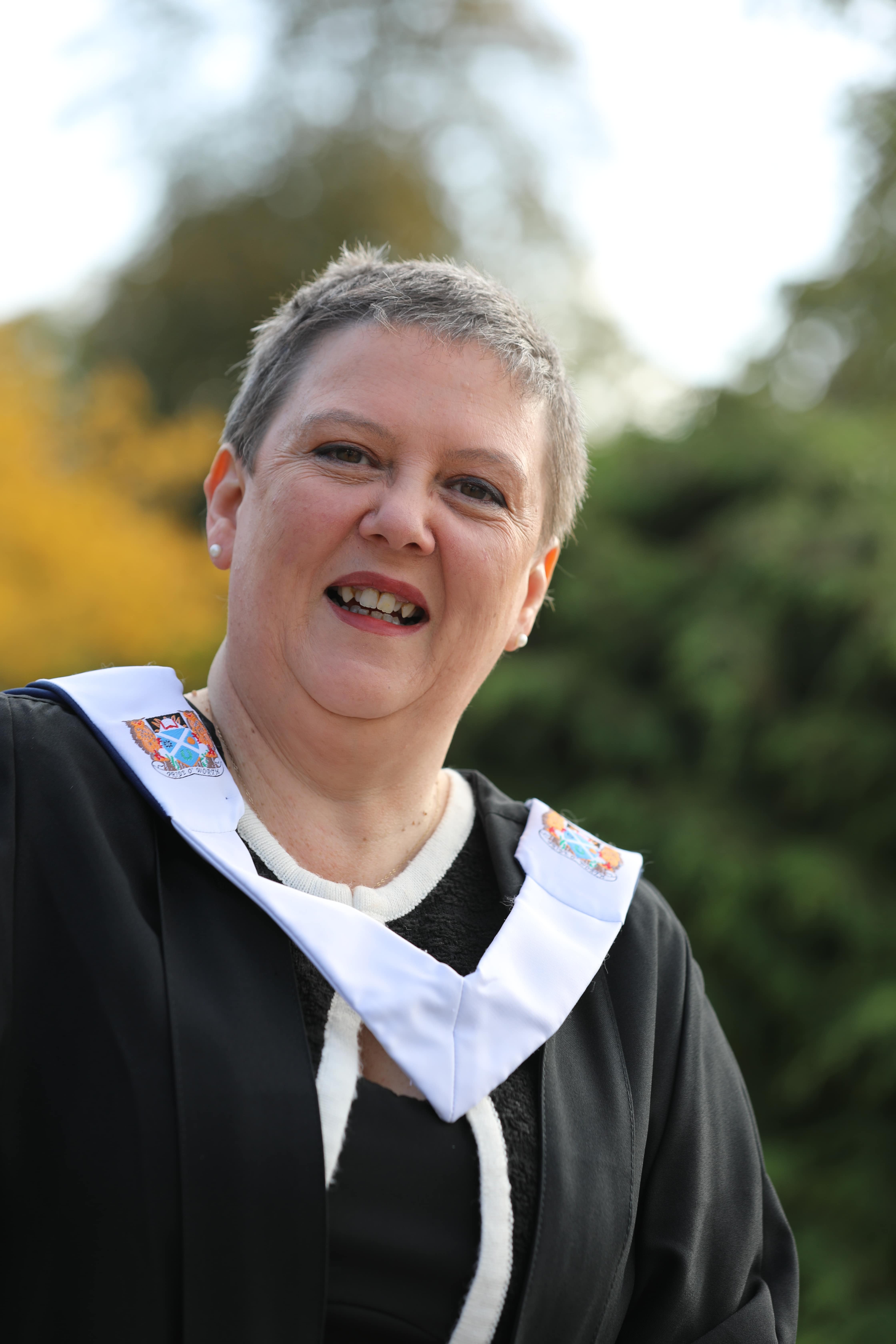 “I loved the course. One of the highlights for me was doing a fashion show at the Maritime Museum in Aberdeen. It was brilliant! the atmosphere was great.”

When Ellon woman Theresa Dean qualified as an engineer in 1984, she would never have imagined she would be graduating with an HND in Textiles 35 years later. But when the former contractor decided it was time for a career change three years ago, the fashion and textiles qualification at North East Scotland College seemed like an obvious choice.

Before moving to the North East 22 years ago, Theresa had grown up in Bradford – where her mother and grandmother both worked in the textiles mills, so she has had an interest in the subject for as long as she can remember. Her daughter Natalie also inherited this interest and completed the HND Textiles at NESCol 10 years ago. Theresa said:

“I got to the point where I just fancied a total turnaround. I’ve always been interested in the subject and my daughter loved the course when she did it, so I just decided to apply.”

After starting on the NC Fashion Textiles course in 2016, Theresa has never looked back.

“I loved the course. One of the highlights for me was doing a fashion show at the Maritime Museum in Aberdeen. It was brilliant! the atmosphere was great.”

Alongside sewing and modelling, Theresa was able to focus on another of her passions while at NESCol – sewing machines. She said:

“I collect sewing machines. I’m now working as a retail adviser for Aberdeen Sewing Machines Ltd – getting to demonstrate and sell machines. I knew of the company because they had serviced the sewing machines at College so when the job came up I applied and got it. I love it!”

Theresa is also lending her skills this year to the Udny and Pitmedden Pantomime, Pan and the Beanstalk, where she is taking on the role of wardrobe mistress.