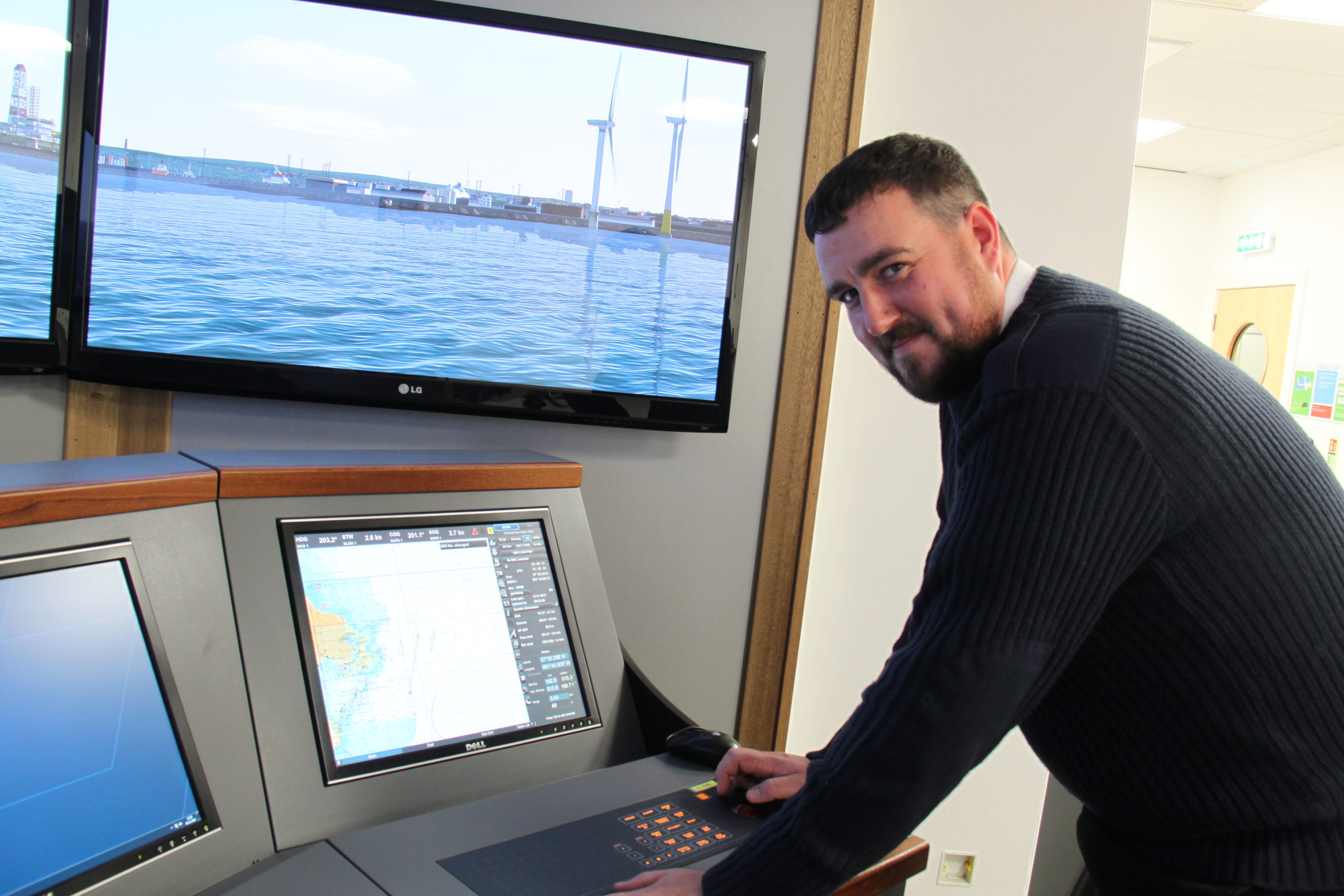 “Once I’m qualified my aim is to be a Captain of a construction vessel in the renewables sector, or Captain of a platform supply vessel. I suppose the dream is to just push myself to be the best I can be.”

Wayne Walker left school and went onto College to study NC electronics. Once he gained this qualification he worked in numerous jobs. His last job was driving a 30tonne dump truck until he was made redundant due to the impact of coronavirus.

The Merchant Navy was something that he had been considering for many years. Wayne’s father is a Captain in the Merchant Navy and he has seen the lifestyle that this career offers, in particular the leave onshore after time at sea.

He said, “A year into this 3 year training programme I have my eye firmly on the end goal – a solid career to support my young family, with more time to share life with them because of the potential shift patterns.”

Wayne is one of the oldest cadets in his class but he sees this as an advantage as he is used to working long hours away from home. During his College phases Wayne is living in Peterhead alongside other cadets Monday to Friday. Wayne has just completed his first sea phase with Clyde Marine Training and his shipping sponsor Solstad Offshore.

“Going out to sea for the first time was a baptism of fire. I couldn’t find my sea legs for the first few days and it took a while to acclimatise to the lifestyle. I was part of a crew of 13 and I spent my time across the bridge and on deck. By the end of each five week shift pattern there was a real sense of comradery.

“It was good to see how young the Captains were – it proves you can progress quickly if you work hard. That’s where I want to get to!”

Apply now to study a Merchant Navy course at our Scottish Maritime Academy.