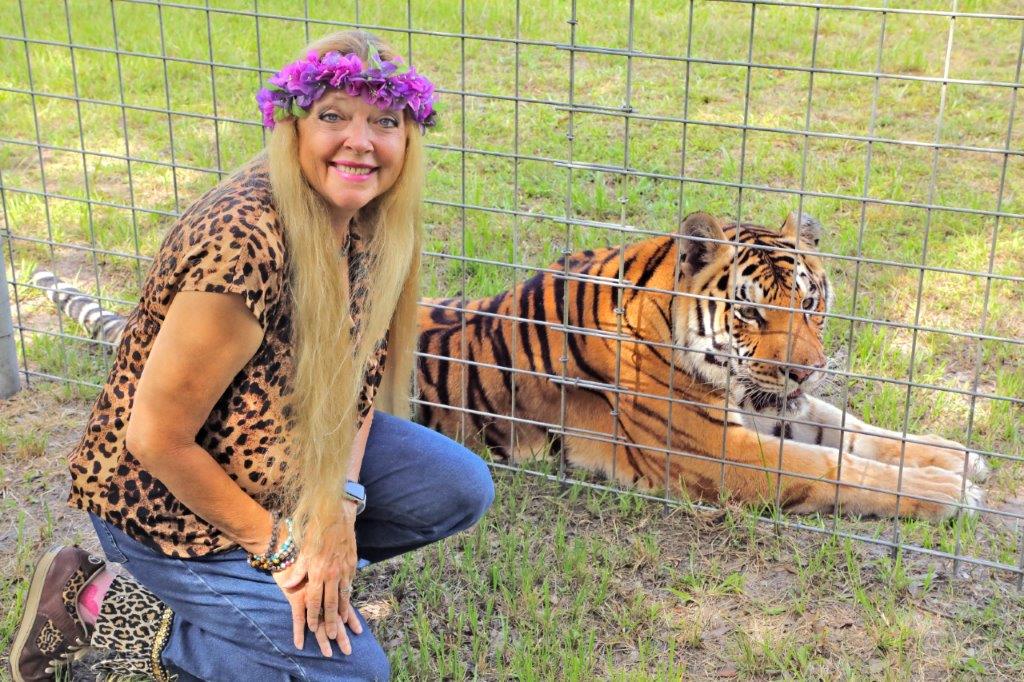 A star of one of the world’s most-watched documentaries will share her experiences with a group of North East Scotland College students as the region’s budding media professionals get a unique insight into life in front of the camera.

Carole Baskin shot to fame as part of the Netflix series Tiger King, which has been viewed by more than 64 million households in less than a year. The seven-part series turned the spotlight on big cat owners, breeders and conservationists in the US. The feud between Baskin and Joe Exotic was at the heart of the story.

Now NESCol students will be able to get a unique perspective on the production through a first-hand account from Baskin, the founder of the Big Cat Rescue sanctuary in Florida.

The one-hour online session will take place on Tuesday (23 March) and follows on from a virtual class with zookeeper John Reinke, another of Tiger King’s central characters.

The opportunities have been secured by student Johnny Brooks with the support of NESCol Creative Industries lecturer Gavin Gilmour.

Gavin said: “As part of the TV course we like to feature talks with industry professionals locally and internationally. Thanks to Johnny’s endeavours, we were able to secure an online question and answer session with John Reinke and it was very well received by students.

“After the success of that event, we have been fortunate to secure a similar opportunity with Carole Baskin. We’re delighted to have everything finalised and looking forward to what promises to be a brilliant virtual class – it’s definitely one of the more unusual events we have been able to offer students!

“It will be themed on the role of social media in modern TV documentary production, leaning heavily on Carole’s experiences. It’s a wonderful way to bring the theory to life in a way that students can really relate to.”

For Baskin it represents a chance to tell her side of the story and to highlight the highs and lows of a year spent in the limelight.

She said: “I get lots of requests to take part in events and it’s impossible to respond to them all – but this is one that I’m really keen to support. Sharing my story with a Scottish college audience will be something new for me and it should be great fun. I’m looking forward to answering lots of questions and to speak about my work here in the US as well as the causes that are closest to my heart.”

Johnny Brooks, a second year TV student at NESCol, added: “Learning from the experiences of people who have worked in the industry is a big part of our course and we’re encouraged to get involved with ideas for sessions.

“The success of Tiger King and everything that surrounds it has been such a big talking point over the past year and I thought it would be brilliant to find out more from those who were involved. I made contact with John initially and wasn’t sure if it would be possible to set something up, but he was very generous with his time.

“I was really keen to get Carole involved too, to hear more about her experiences, and we’re very appreciative of her taking the time to speak to us. It has taken a bit of time to get everything in place but we’re counting down to it now!”

Applications for full-time courses starting in 2021 at NESCol are open. To find out more about opportunities in Creative Industries visit www.nescol.ac.uk/start-your-story .